A mirror may be used as a weapon to blind or dazzle an opponent in combat by reflecting light into its eyes.

In order to make a mirror attack, the attacker must be standing within an area of bright light and must have line of sight to the target. When facing the intended target, the light source to be reflected must fall within a cone shaped emanation with the center-line running between the attacker and the target.

The attacker must succeed in a ranged touch attack against the target. The attacker takes a -4 penalty because a mirror is an improvised weapon and a -4 size penalty because she must target her opponents eyes, for a total of -8. A mirror attack is treated as a thrown weapon (10ft. increment, max. range 50 feet) when determining range increments and penalties.

Kit attempts to blind a wyvern with her mirror! 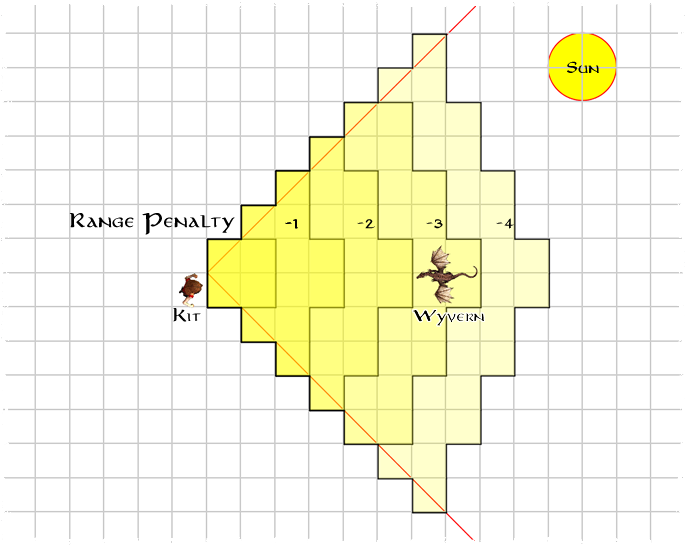